Freeville in the Good Old Days 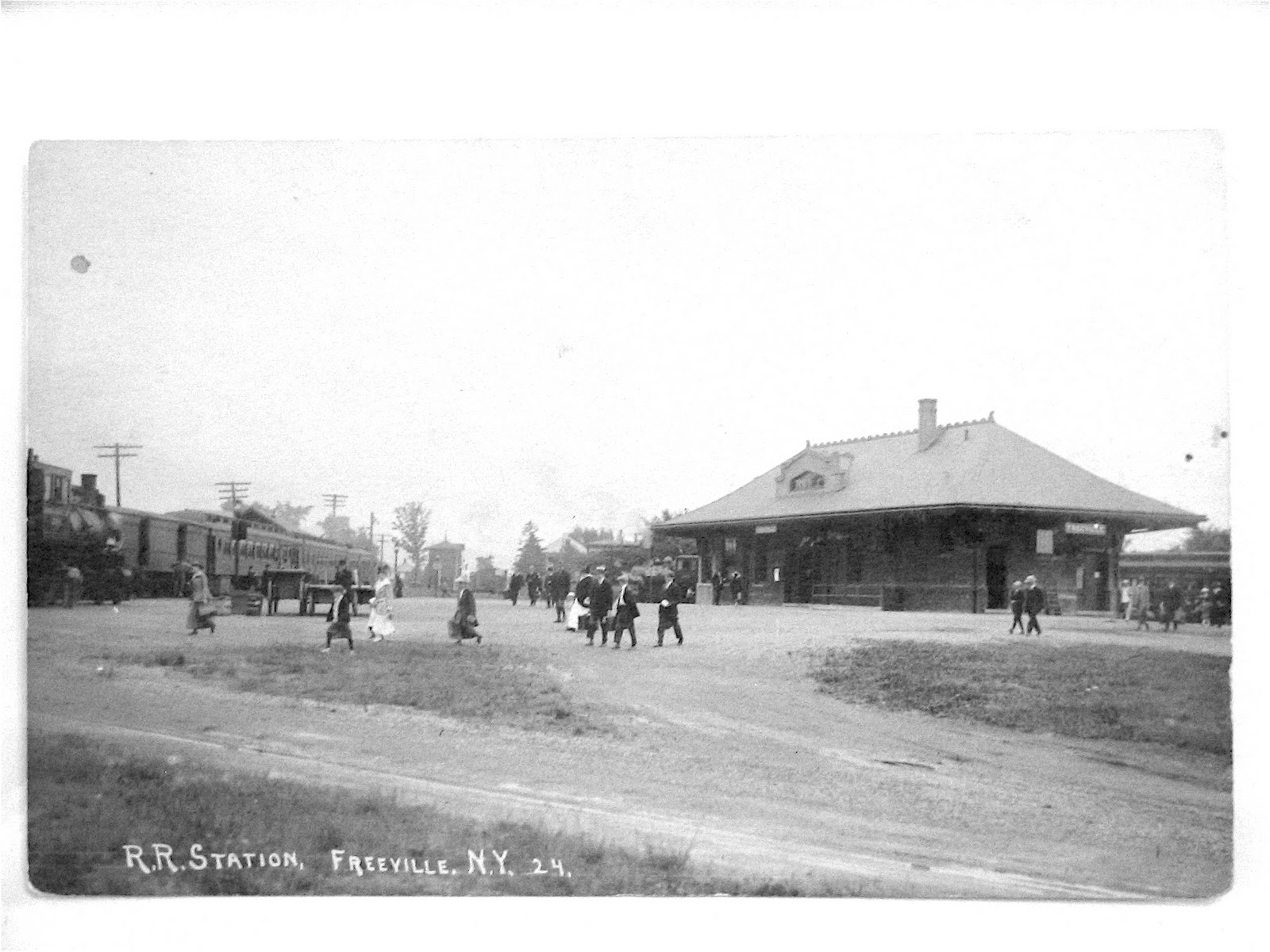 It's hard to visual the out-of-the-way village of Freeville, near Ithaca, once being a major railroad junction. Nevertheless it was such for many years. At this point, the north-south and east-west branches of the Lehigh Valley crossed at a diamond and several times daily the place was a hub-bub of activity as travelers changed trains. There was even a restaurant in the station. But it was all gone by the late 1930s and the station was demolished in 1941.
By Richard Palmer - March 09, 2018