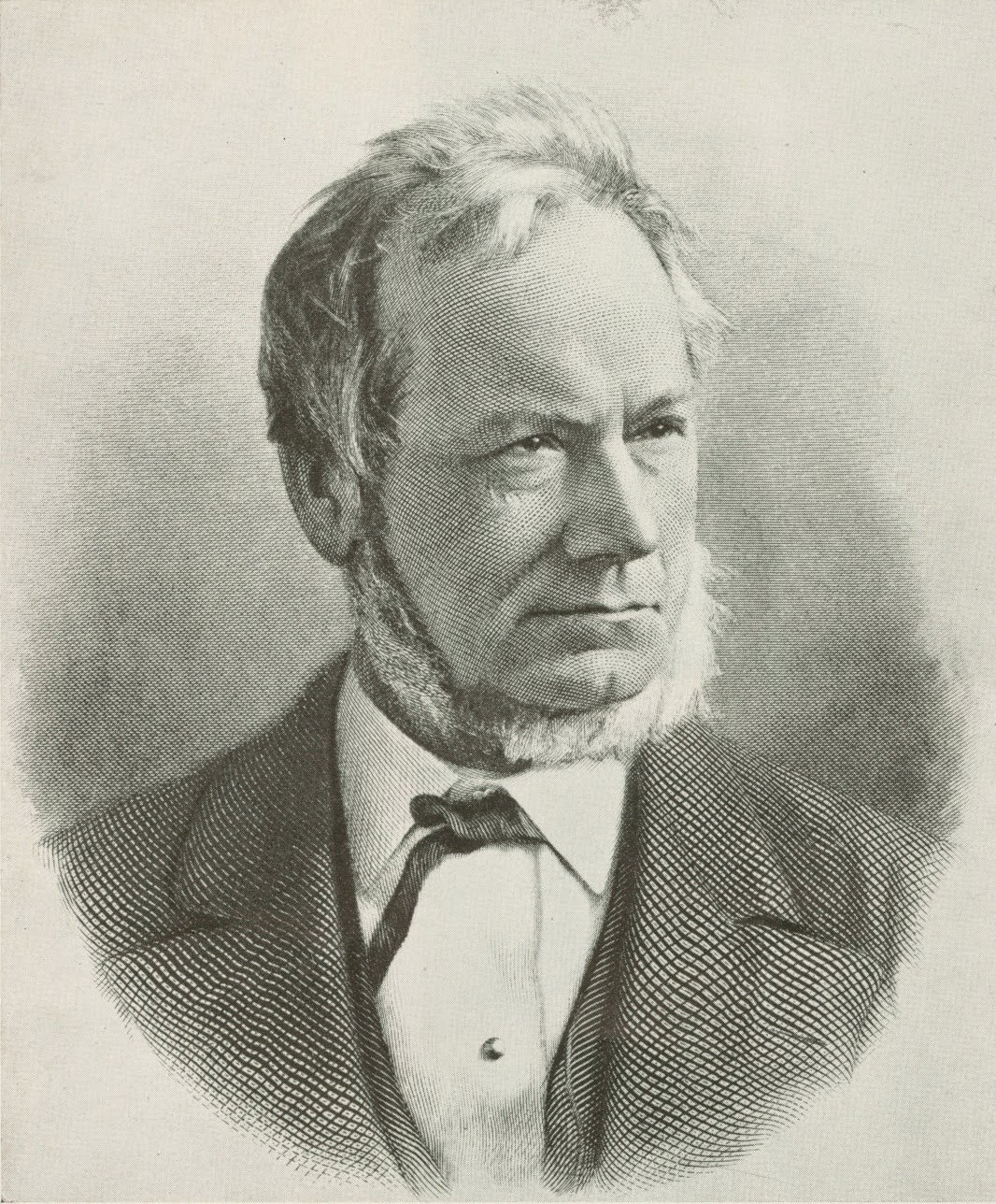 Samuel Sloan, was without a doubt one of the most capable railroad capitalists  of the 19th century. He was born on Dec. 25, 1817 to William and Elizabeth (Simpson) Sloan of Lisburn, County Down, Ireland. When he was a year old he was brought by his parents to New York. At age 14, the death of his father compelled Samuel to withdraw from the Columbia College Preparatory School, and he found employment in an importing house on Cedar Street, with which he remained connected for twenty-five years, becoming head of the firm.
On April 8, 1844, he was married, in New Brunswick, N.J., to Margaret Elmendorf, and took up his residence in Brooklyn. He was chosen a supervisor of Kings County in 1852, and served as president of the Long Island College Hospital. In 1857, having retired from the importing business, he was elected as a Democrat to the state Senate, of which he was a member for two years.
Sloan at 40 was recognized in New York as a successful business man who had weathered two major financial panics, but it could hardly have been predicted that twenty years of modest achievement as a commission merchant would be followed by more than forty years in constructive and profitable effort in a wholly different field - that of transportation.
As early as 1855 he had been a director of the Hudson River Railroad (not yet part of the New York Central system). Election to the presidency of the road quickly followed, and in the nine years that he guided its destinies (including the Civil War period), the market value of the company's shares rose from $17 to $140. When Commodore Vanderbilt acquired this line he resigned and in 1864 was elected a director; and in 1867, president, of the Delaware, Lackawanna & Western Railroad.
At that time the D., L. & W. was a system of small coal carriers that divided the Pennsylvania anthracite territory. Beginning in the reconstruction and expansion era following the Civil War, Sloan's administration of 32 years covered the period of shipping rebates, "cut-throat" competition, and hostile state legislation, culminating in federal regulation through the Interstate Commerce commission.
Sloan's immediate job, as he saw it, was to make the Lackawanna more than a "coal road," serving a limited region. Extensions north and west, and, finally, entrance into Buffalo, made it a factor in general freight handling. Readjustments had to be made. It was imperative, for example, that the old gauge of six feet be shifted to the standard 4'8 1/2". This feat was achieved in 1876, with a delay of traffic of only 24 hours. The total cost of the improvement was $1,250,000.
Great changes in the road's traffic ensued. In the decade 1881-1890,  while coal shipments increased 32 percent, general freight gained 160 per cent, and passenger traffic, 88 per cent. Dividends of seven percent were paid yearly from 1885 to 1905. The common stock, even in the worst of times, rarely fell below $90 a share.
Although Sloan resigned the presidency in 1899, he continued for the remaining eight years of his life as chairman of the Board of Managers. He died in Garrison, N.Y., on Dec. 22, 1907 and was survived by his wife and six children. his death, in 1907, at the age of ninety years, he had been continuously
employed in railroad administration for more than half a century and had actually been the president of 17 corporations.
One newspaper reporter wrote:
"The sight of old Sam Sloan about the streets of this town will be missed by every one to whom the figure of the sturdy, old-school gentleman was familiar. The death of the aged capitalist has removed the last landmark of the once powerful rivals of Jay Gould, Russell Sage and Commodore Vanderbilt, who for years remained relics of the first days of great fortunes in the younger metropolis.
" No one could pass by Sloan in a crowd. Every one remarked at the sight of the grey-locked old man in broadcloth who tramped the pavement as stoutly as the youngest clerk in the downtown shuffle.
"In manners, dress and bearing Sam Sloan was a type as unmistakable as it has become almost extinct. Religion and railroading were his two great interests and he gave an equality earnest and honest share of his life endeavors to each."  This was evident by the fact that no train movements were allowed on Sunday during his tenure.
By the end of the 19th century, Sloan's name spread far and wide. Locomotives, at least one snowplow, a steamboat and even a mine shaft in the Scranton area bore his name. The fire department at the D.L.& W. shops in Oswego was known as the Sam Sloan Hose Co.
One of the many midwestern railroads he and his business associates were interested in was the  Sioux City & Pacific Railroad which eventually became a segment of the Chicago & Northwestern.  One of the towns along the line, Sloan, Iowa, was named in his honor.  An interesting story is told of Sloan when he was a director of the Missouri Pacific Railroad. One of the younger directors of this line was George Gould, son the infamous railroad baron, Jay Gould.  After making several suggestions that Sloan found disagreeable, he said:  "Sit down, young man! You'll know more when you're older!" George sat.
Sources